This production talks about the stereotypes in our lives. It was prepared to be staged in playgrounds around the city of Athens.

It was staged with the kind support of the J.F.Costopoulos Foundation

An adaptation of the classical ‘fairytale’, based on the sociopolitical aspect of the story. In this performance, the group experiments with different kinds of theater styles, such as black light theater along with video projections.

This performance was staged with the kind support of the J.F.Costopoulos Foundation

A performance about the distances we have to cover in our lives. The training of the actors in this performance was based on a research integrating neurological and acting exercises in one syllabus in order to find the best way for the actors to perform.

It is the story of the ancient myth of Atreides, through extracts from ancient tragedies, poems and two original texts from two members of the group. It is the first time that the theater group integrates with fully able bodied actors on stage.

The performance is based on stories that the group itself produced, after a 3 month workshop on writing theatrical texts.

The theme is: ‘Stories from every day’s madness in Athens’.

It is the first time that there is an attempt of exceptional movement on stage by two of the members of the group. Both with different types of myopathy.

This performance is based on ‘Long Roads’, by Lena Kitsopoulou. It’s the story of a woman on the run in the city Athens, trying desperately to find her beloved one. In this performance, only one member of the  group takes part, along with a musician and an actress able bodied. The actress is hanged by the ceiling in a way that the audience can see only her feet. From the actress on the wheel chair, you can see only the face and from the musician, only the hands. That way, you can watch a dismembered body on stage, moving, trying to show that the limited movement of a body on a wheel chair doesn’t put limits on the actual expression of the movement. 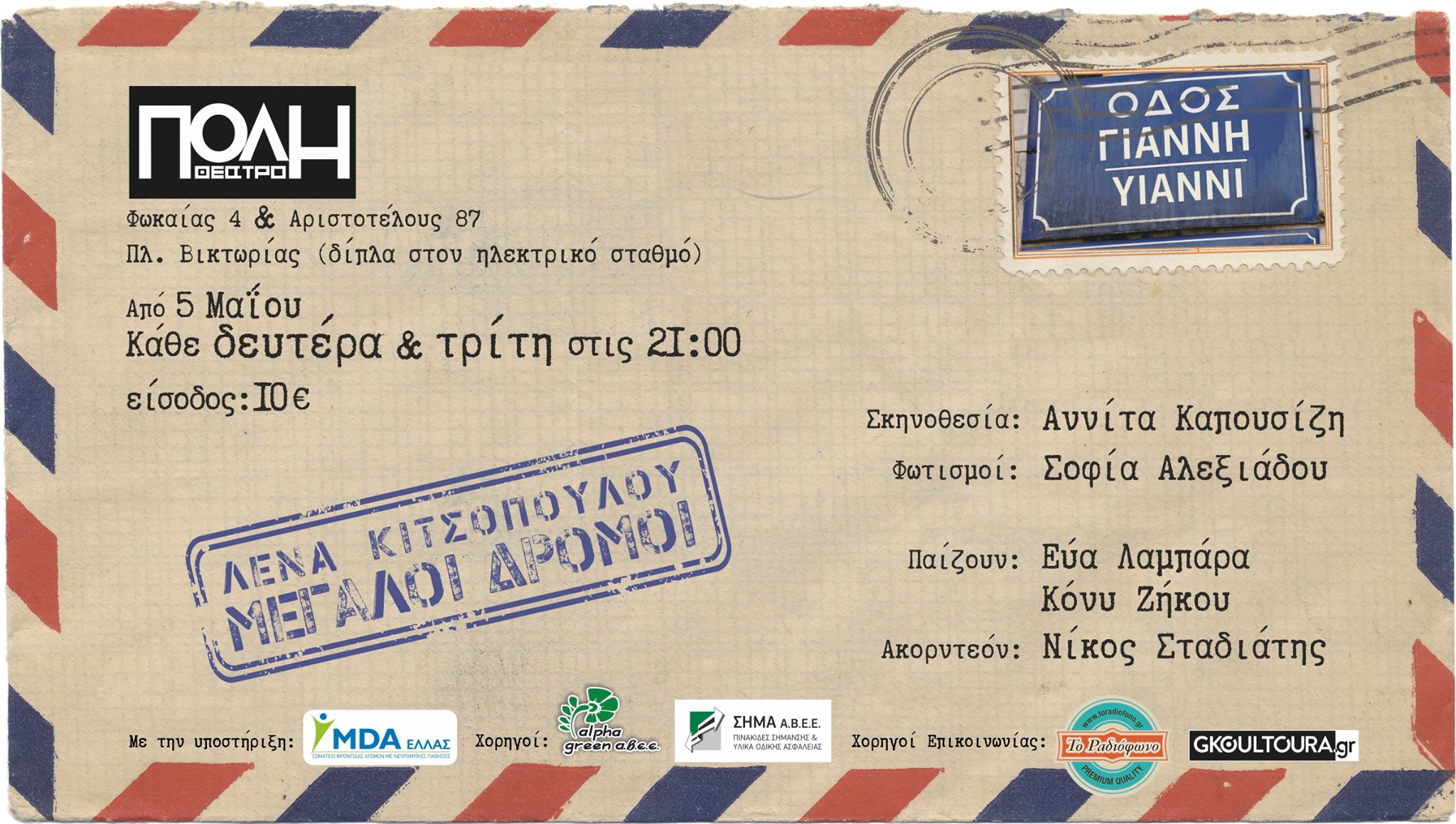 This performance is based on Martin’s Crimp, “Attempts on her life”. The group works with the method of the devised theater. It is the first time that combines movement and acting with video art.

This performance is based on Max Aub’s book, ‘Exemplar murders’. There are small texts that describe in a black humorous way, murders that were made under extreme circumstances. The show is supposed to be happening in the psychiatric section of a prison, in which all these psychotic criminals, every Saturday night, have a formal dinner, describing their ‘achievements’ under the supervision of their guardians and their doctor. This is the first performance of ‘artimeleia’, former MDA theatrical group.